Centres and Peripheries in Banking

The Historical Development of Financial Markets 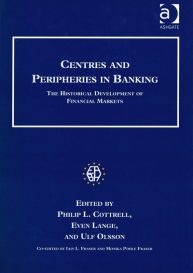 This volume presents a broad investigation into the relationship between the centre and the periphery in banking. Focusing on the historical development of financial markets, from their emergence in the early modern period to today’s global financial and capital markets, the chapters investigate how local, national and international relationships have affected and helped shape the banking industry over three-hundred years. This wide-ranging discussion in time and place is provided by a group of international experts, encompassing bankers, economists, economic historians and historians, and will be of interest to all those with a scholarly or professional interest in the development of financial institutions.