International Banking in an Age of Transition 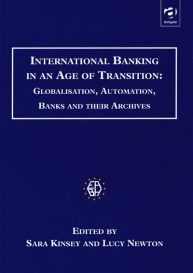 Sweeping changes have taken place in the financial sector during the twentieth century. Two of the most notable changes have been the growth of global markets and institutions, and the introduction of computerisation. This volume charts the course of concentration and internationalisation in banking and also examines the influence and implications of new technologies on the industry’s record-keeping practices. The exploration of concentration and internationalisation begins in the late nineteenth century and examines the effect of a wide range of factors. The role of individual banks and their policies is also brought into focus. Some of Europe’s most eminent bankers provide a contemporary dimension by discussing possible future developments in continental banking.