The Worldwide Legacy of Haute Banque 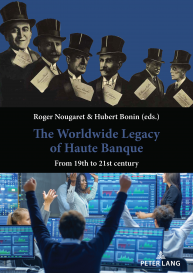 The Haute Banque, an elite form of private or merchant banking, emerged in France in the early 19th century, reached its peak around 1850-1860 before declining in the early 20th century and almost disappearing in the 1960s-1980s.

This book, which brings together some of the best specialists in the field, examines the legacy of the Haute Banque. How and until when did it influence other banking establishments, through its managers, its practices, and its values? What business lines have these bankers helped to shape, right up to wealth management and asset management of today? What was the resilience of these finance companies? Is there a resurgence in the 21st century of the houses or the spirit of Haute Banque?