Historical research made relevant for the modern world

Accurate and accessible records of past activities are keys to understanding basic financial principles and developments within their historical context. This understanding is, in turn, an indispensable foundation for a sustainable global financial system. Based on this conviction, eabh encourages the proper preservation of historically relevant material and the circulation of high level historical research. eabh is a registered charity and relies on the annual subscriptions of its members.

Gérassimos Notaras
National Bank of Greece
Member of the Board

Nathan Sussman
The Hebrew University and the Graduate Institute Geneva

Key events in our history

Manfred Pohl, back then Chief Archivist at Deutsche Bank, realises that, in the prospect of a united Europe, co-operation between banking archivists and bank historians on a European level should be promoted and deepened.

The European Association for Banking History (eabh) e. V. is founded in an inaugural meeting at the premises of Deutsche Bank in Frankfurt am Main. eabh is constituted by 22 banks and one institution from eleven different European countries. 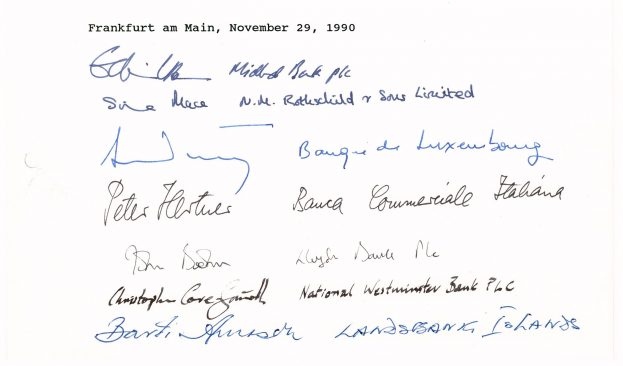 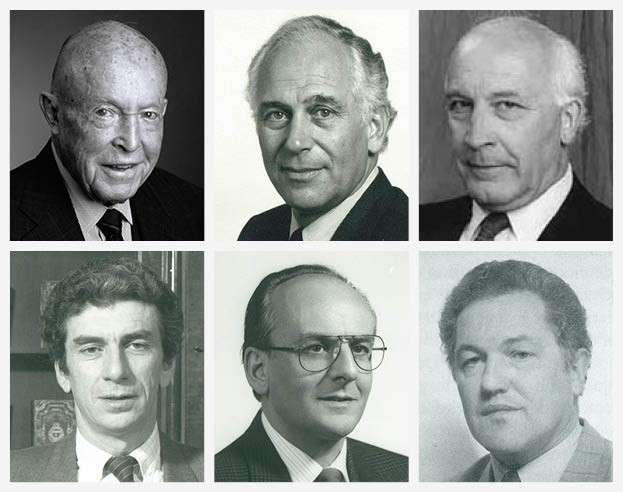 De Nederlandsche Bank’s President Wim Duisenberg opens the 1st eabh annual conference under the title ‘How to Write the History of a Bank’. 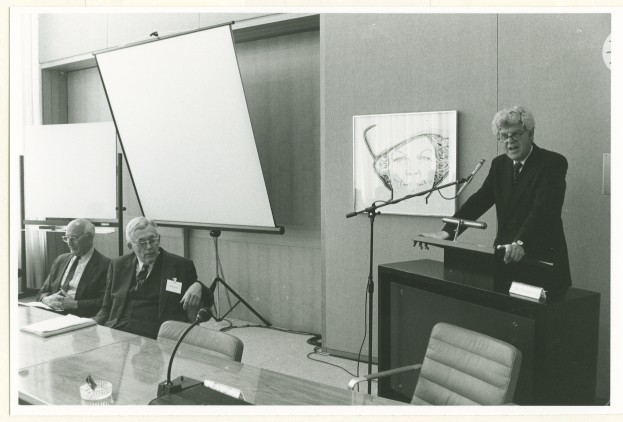 eabh releases the ‘Handbook on the History of European Banks’, a unique reference tool containing entries on about 150 of the largest and oldest European banks.

Hilmar Kopper, Spokesman of the Board of Managing Directors of Deutsche Bank, is unanimously elected as Chairman of eabh Board of Patrons. 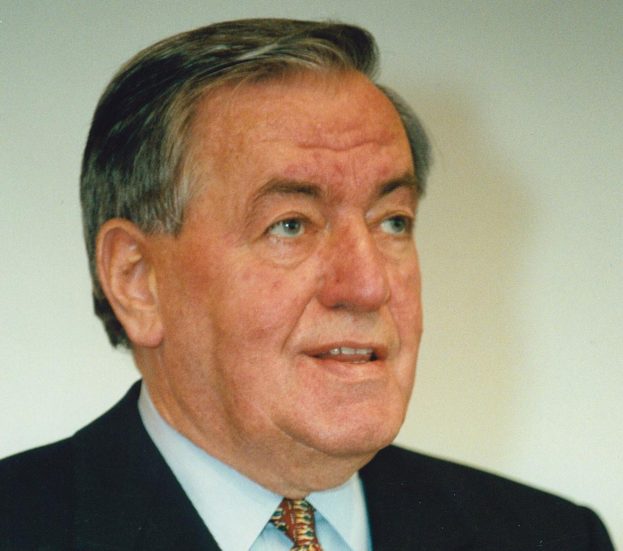 The predecessor of the current ‘eabh Summer School for Archivists’ series, the successful course ‘Archives and Records Management in Banking’, is result of joint efforts of eabh and the Business Archives Council.

eabh releases the first issue of its ‘bulletin’, aiming to ‘provide a means in which the latest research, publications, archive collections, exhibitions and other activities of our member banks and outside bodies can be documented’.

eabh celebrates its 10th anniversary with the symposium ‘Banking in the Mirror of Time’ at the kind invitation of Deutsche Bank. Internationally renowned scholars contribute to the success of the event. 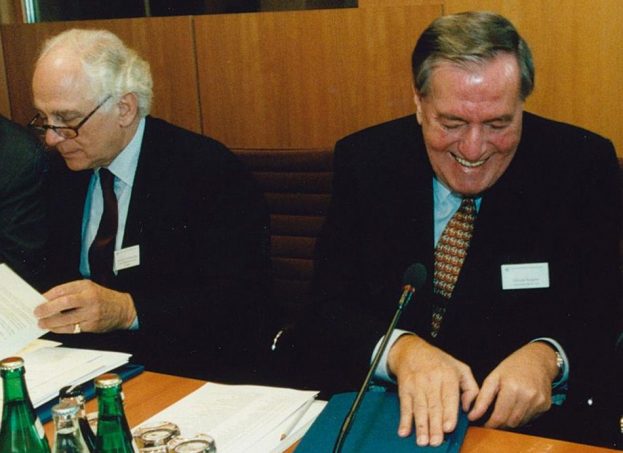 Manfred Pohl is awarded with the European Culture Prize of the Pro-Europa -European Foundation for Culture for his work in the field of finance and banking history within the European Association for Banking History (eabh) e.V.

Upon Hilmar Kopper’s resignation Rolf-E. Breuer, Chairman of the Supervisory Board of Deutsche Bank, is unanimously elected as new Chairman of eabh Board of Patrons, thus ensuring continuity on the Boards of the Association.

Following the resignation of Sir Evelyn de Rothschild after 14 years chairmanship, Willem F. Duisenberg is officially elected as Chairman of the eabh Board of Management.

The Association demonstrates its commitment to embracing financial history by changing its name to the European Association for Banking and Financial History (eabh) e.V. in the 15th General Members’ Meeting.

Following Wim Duisenberg’s passing away, Jean-Claude Trichet, President of the European Central Bank, is unanimously elected as his successor and new Chairman of the eabh Board of Management. 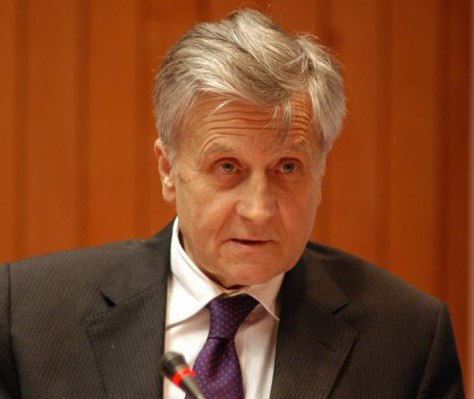 eabh Chairman Jean-Claude Trichet holds the opening speech ‘History and Identity as a Pre-requisite for a United Europe’ at the official inauguration of the new eabh premises.

After six years, Rolf-E. Breuer hands over chairmanship of eabh Board of Patrons to Malcolm Knight, Bank for International Settlements. 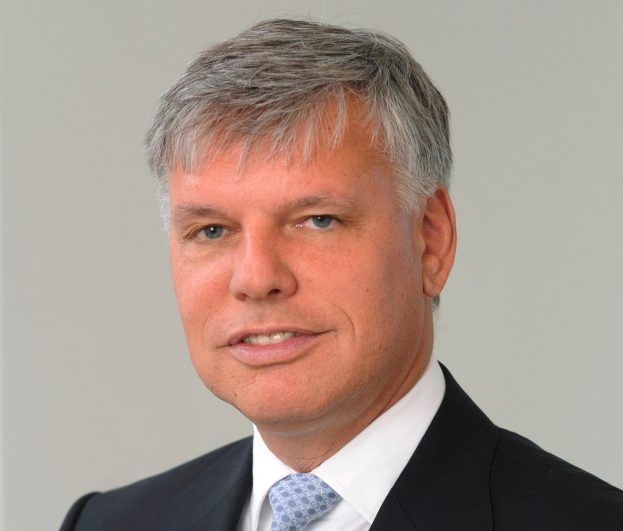 eabh transfers its documents to the Historical Archives of the European Union (HAEU) in Florence. This material includes eabh founding history, workshop material, board meeting protocols, publication material and photographs. 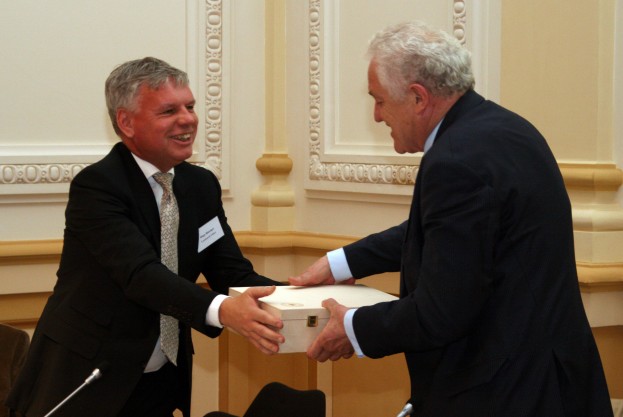 Vol 1 (2016) and Vol II (2017) of the eabh bulletin special edition: Architecture & Finance are published. With a stronger focus and the up-dated design the new editorial team brings the publication to the next level and reaches a wider audience.

eabh holds its first ever conference in the United States of America. In cooperation with the Federal Reserve Bank of St. Louis the Association turns truly international. 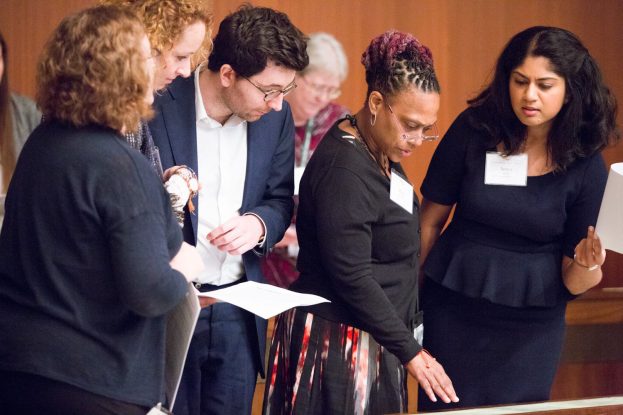