Banking and Finance in the Mediterranean 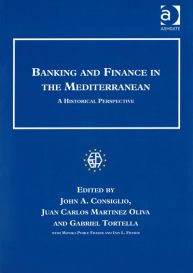 This volume presents a panoramic picture of the many national and international trends and developments, factors, customs, and events that have characterised banking in the Mediterranean area over the past two centuries. During this period banking in the Mediterranean evolved distinct characteristics, several going well beyond the restricted realities of colonial relations. The range of issues covered by the book is extensive and includes both national banking evolution and pan-regional topics. The volume offers an invaluable insight towards a wider and more detailed understanding of the roles of banking and finance in Mediterranean economic history. Seen in a context of what has hitherto been something of a historical vacuum in terms of the coverage of much writing on European banking and financial history, and the importance given to the Mediterranean region’s banking history in its own right, this is an innovative book that both contributes towards our knowledge the subject, and establishes a pattern for further work in this important area of European economic history.