Crisis Banking in the East 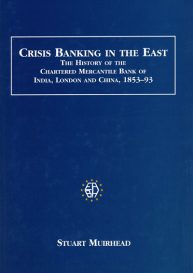 The Chartered Mercantile Bank is one of the constituent banks of the huge Hongkong and Shanghai bank. This study charts its first 40 years as one of the pioneering banks of the Far East. Based upon meticulous research using a particularly rich set of banking archives, the book describes the complex political and financial circumstances on the subcontinent during the bank’s early years and introduces the personalities in the Indian business and London banking worlds who guided the infant institution. It provides an inside view of the workings of an Eastern bank – the nature of its business, methods of payment and exchange, recruitment and career patterns of staff, and includes valuable material on the role of European bankers in an eastern setting.