Enterprise in the Period of Fascism in Europe 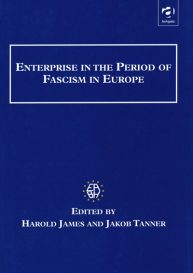 The essays in this volume consider the involvement of business corporations and of individual businessmen in the politics of the 1930s and 1940s: in the move away from the market and also from democracy, towards state control and authoritarianism, including the massive intervention of the state in property rights. How far did businesses attempt to guide this intervention for their own purposes, and to what extent did they succeed? This debate deals, centrally, with the role of German business, of banks, of industrial corporations, and of small tradesmen in the Nazi regime. An older discussion of how they may have facilitated the Nazi takeover has been supplemented here by an investigation into how they made the regime’s policies possible, and the extent to which the profit motive drove them to participate in the politics of inhumanity.