It's Impact in Colonial and Post-Colonial Africa 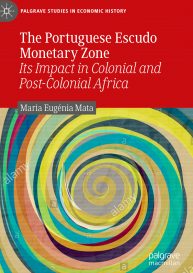 On the occasion of the 40th anniversary of the independence of the former Portuguese colonies of Angola, Mozambique, Cape Verde and S. Tomé and Principe, and the establishment of their central banks, Banco do Portugal decided to promote and fund this research project on the inter-territorial payment system that was in place before the independence of these states (the EMZ), as well as on the process of monetary transition after decolonization.